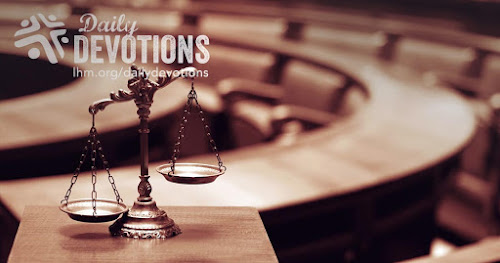 Genesis 50:15-21 - When Joseph's brothers saw that their father was dead, they said, "It may be that Joseph will hate us and pay us back for all the evil that we did to him." So they sent a message to Joseph, saying, "Your father gave this command before he died: 'Say to Joseph, "Please forgive the transgression of your brothers and their sin, because they did evil to you."' And now, please forgive the transgression of the servants of the God of your father." Joseph wept when they spoke to him. His brothers also came and fell down before him and said, "Behold, we are your servants." But Joseph said to them, "Do not fear, for am I in the place of God? As for you, you meant evil against me, but God meant it for good, to bring it about that many people should be kept alive, as they are today. So do not fear; I will provide for you and your little ones." Thus he comforted them and spoke kindly to them.

Joseph's brothers were living in fear. They had betrayed Joseph and sold him as a slave, half a lifetime ago. Now they were living in Egypt as guests of Joseph, safe and secure—and yet they could not truly believe Joseph had forgiven them. Surely the day would come when he would pay them back!

Who knows how many years this went on? The brothers were trapped in a prison of their own making. Their own lives had been full of violence and revenge with precious little mercy. When they looked at Joseph, they saw their own reflections—and they fell into despair.

But Joseph didn't leave them there. When he finally understood their trouble, he comforted them. He reassured them that they were forgiven and that Joseph would go on caring for them. The forgiveness was real—and permanent.

Does any of this sound familiar to you? It does to me. Sometimes I look at the evil I have done and I start worrying. Will God really forgive? Is He just waiting to catch me at the wrong moment and make me pay?

To all these fears, the Bible tells us no. Instead, "As far as the east is from the west, so far does He remove our transgressions from us. As a father shows compassion to his children, so the Lord shows compassion to those who fear Him" (Psalm 103:12-13). Because Jesus loved us and gave Himself for us on the cross, we are forgiven children of God. And to reassure us, He says at Communion, "Take, eat; this is My body ... Drink of it, all of you, for this is My blood of the covenant, which is poured out for many for the forgiveness of sins" (Matthew 26:26b, 27b-28).

THE PRAYER: Lord, help my heart to rest in Your forgiveness. Amen.

Daily Devotion By Lutheran Hour Ministry  Deuteronomy 18:15-19 - (Moses said) "The LORD your God will raise up for you a prophet like ... 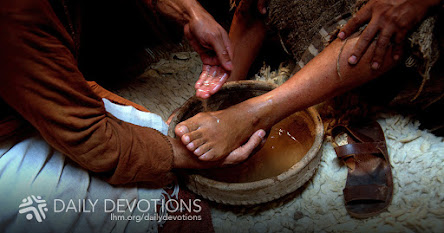